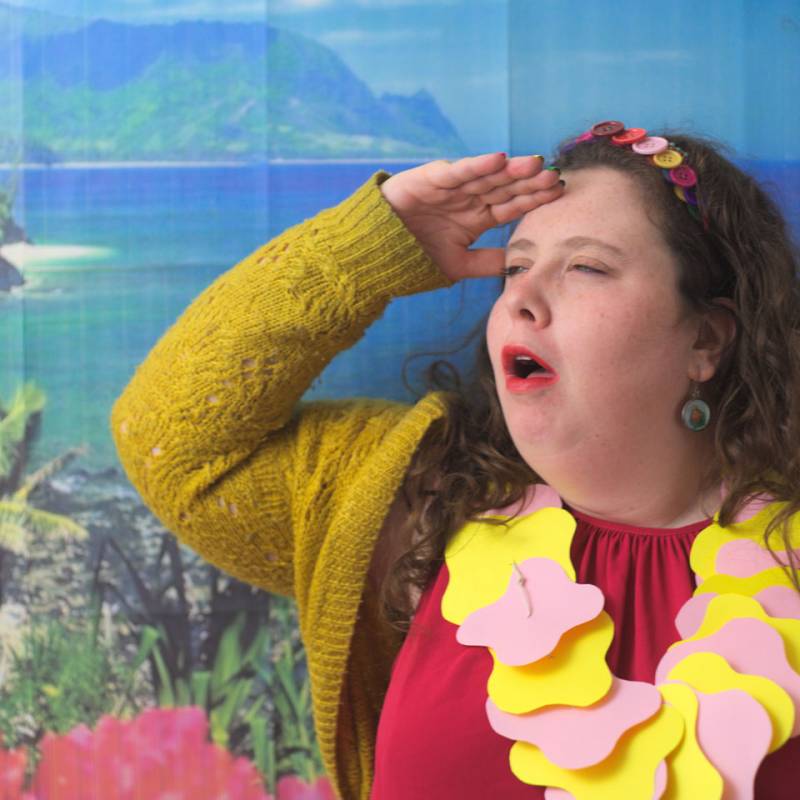 Alison worries. She worries so much she’s decided to do a show about it and now she can worry about making it a good show.

Alison Spittle returns to Wexford Comedy Club, after her hilarious appearance in the Thomas Moore Tavern at Jestfest 2017 and the antics with hecklers in Mackens, we couldn’t wait to hear her nervous giggles once more.

Alison is one of Ireland’s fastest rising comedians and the star and writer of RTE’s new major series ‘Nowhere Fast’.

As seen on RTÉ (Brendan O’Connor’s Cutting Edge, Republic of Telly, Des Bishop, this is Ireland), TV3, Sky Arts and heard on Newstalk (George Hook), this is Alison’s hilarious follow up to her smash-hit Fringe success …Discovers Hawaii.

“Whether character or citizen, Spittle comes across as a kind of genius.” **** IRISH TIMES

“Breezily chatty and effusively funny, Alison Spittle is a likeable combination of openness and chortling mischief.” THE SCOTSMAN