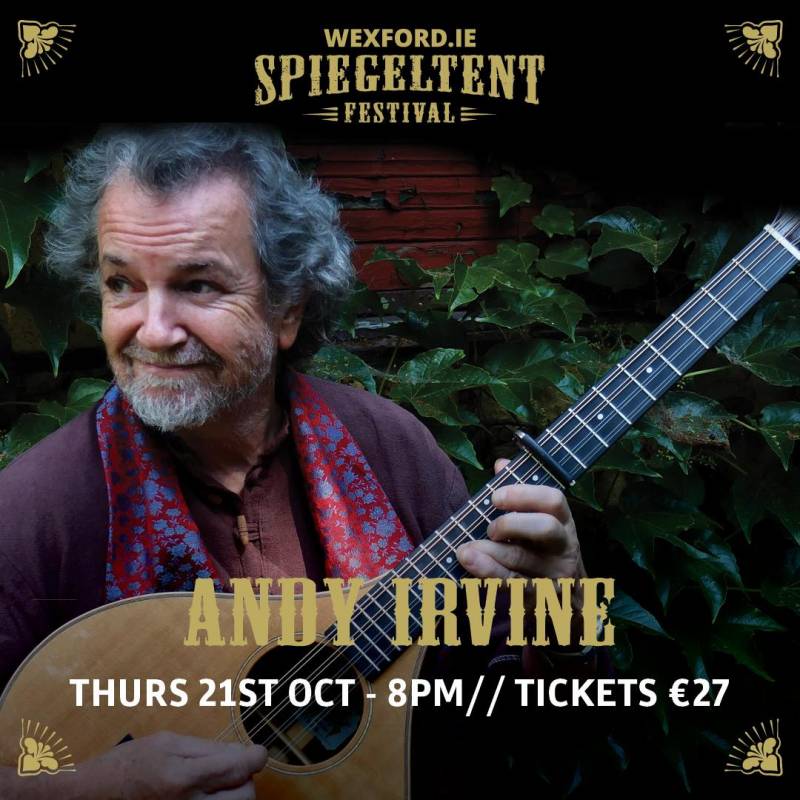 *** Please Note: In accordance with Government guidelines, in order to attend this show you must be fully vaccinated. Please have your vaccination certificate ready for scanning on arrival. ****

Andy Irvine is one of the great Irish singers, his voice one of a handful of truly great ones that gets to the very soul of Ireland. He has been hailed as “a tradition in himself.” Musician, singer and songwriter, Andy has maintained his highly individual performing skills throughout his over 50-year career. From Sweeney’s Men in the mid 60s, to the enormous success of Planxty in the 70s, his duo with Paul Brady in the later 70s and then from Patrick Street to Mozaik, LAPD and Usher’s Island, Andy has been a world music pioneer and an icon for traditional music and musicians.

As a soloist, Andy fills the role of the archetypal troubadour with a show and a travelling lifestyle that reflect his lifelong influence, Woody Guthrie. To quote The Irish Times, “Often copied, never equalled”, his repertoire consists of Irish traditional songs, dexterous Balkan dances and a compelling canon of his own self-penned songs.

Andy recorded his second solo album “Rude Awakening” in 1991 and then created the hugely influential “East Wind” which featured Davy Spillane on uillean pipes and was produced by Bill Whelan who went on to write “Riverdance”.

Andy recorded his third solo album “Rain on the Roof” in 1995 – this one really is (nearly) solo. It includes his anthemic song “Never Tire of the Road” and then his fourth, “Way Out Yonder” in 2000 which closes with the haunting song “The Highwayman”.

Ever the man for new pastures, Andy has played concerts all over Europe and has toured many times in Australia, New Zealand, the United States and Canada. He was also undertaken extensive tours of Costa Rica, Panama, Nicaragua, Japan, Iceland, Faroe Islands, Argentina and Chile.

Although an integral part of the finest Irish bands of our time, Andy Irvine continues along the path he set for himself so long ago – a vibrant career as a solo artist in the old style, a teller of tales and maker of music.