Billy Roche and the Red Guitar Tour – Live At The Sky 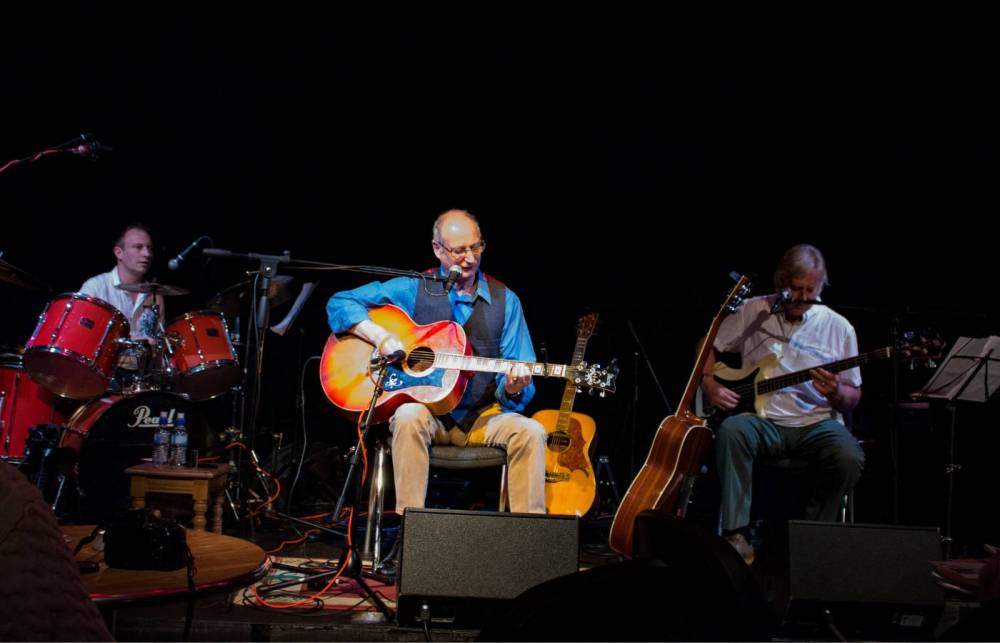 Billy Roche and the Red Guitar Tour – Live At The Sky

Playing 9:00pm Monday the 14th of December in The Sky And The Ground

With a successful album DEAD MAN’S SHOES in the bag Billy Roche returns to his musical roots with his own brand of psychedelic folk. He is joined by Mike Odlum on bass/piano/ keyboards/ vocals and Pete McCamley on drums/percussion/ flute/ mouth organ/ glockenspiel etc.

Yes, the Red Guitar Tour! Where did it all begin? It all began many moons ago when I sold my Red Guitar and bought my current Yamaha guitar. The so called Red Guitar had come with me on many adventures from the concert halls and colleges of Ireland to the folk clubs of London, to the Roach Band (all the Roach Band songs were written on the Red Guitar from The Shamrock Shuffle to Werewolf to Italy). So it goes without saying that I was sorry to see the back of her. But times were hard and two guitars was a luxury I could ill afford. Anyway life came and went and the bones of 35 years later the young musician Mathew O’Brien of Corner Boy informed me that he had my old baby and he wondered if I’d like her back. In essence we were reunited. Songs spilled out of me when I had her in my arms again and these are the songs that feature on the new album DEAD MAN’S SHOES – my own brand of psychedelic folk (or folk-a-delic as Pip Firman has dubbed it).

Joining me on the album and the endless Red Guitar Tour are the wonderful multi-instrumentalist Mike Odlum (The Roach Band) on bass/piano/ harmonium/ vocals, and the amazing actor/musician Pete McCamley on drums/percussion/flute/mouth organ/glockenspiel/ vocals and anything else he can get his hands on. Please come and see and hear us for yourself.

COMING TO The Sky And The Ground ON Monday 14th December.