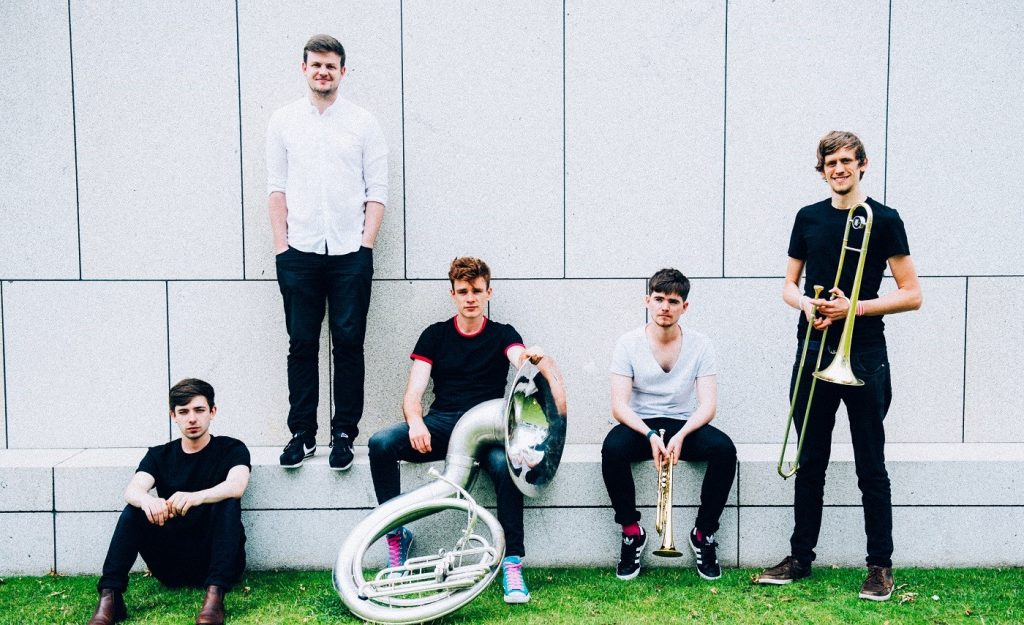 Formed in November 2012, Booka Brass have quickly gone from strength to strength on the live music scene in Ireland. With regular shows in venues all over Ireland alongside stomping sets to festival crowds at Electric Picnic, Sea Sessions and Longitude, their unique offering and incredible live energy has brought them an unusual level of success.

After a hugely busy and successful 2016 with the release of their debut album ‘Chilled Milk’, along with enjoying their biggest Irish tour to date, once more taking in shows in Vicar Street, Cork Opera House and festivals all over Ireland, the UK and Europe, Booka Brass are touring small towns all over Ireland bringing their unique brand of musical energy off the beaten track throughout the countryside.

Don’t miss this opportunity to see Booka Brass in a more intimate setting this Spring before inevitable world domination!

‘Not your ordinary brass ensemble, but extraordinary! They’ll keep you dancing all night long’
2FM

‘If you can only take in one new act this festival season, make it Booka Brass Band’
The Irish Independent