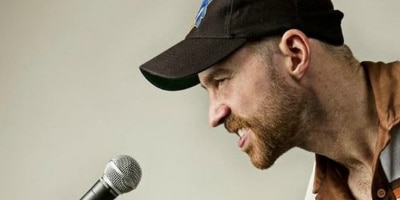 Aussie Damian Clark has become one of the hottest tickets in comedy clubs and festivals. Based in Ireland/UK the majority of the year, his new show at the Edinburgh Fringe just won the Amused Moose People’s Champion Award 2018 and the international tour dates will be released by 1st October.

“Clark had the audience reeling with laughter…he is scorchingly funny and charmingly engaging.” Three Weeks

“There is barely a bad word to say about Clark: distinctive and possessing a comic talent beyond his years, both biological and mental.” Chortle