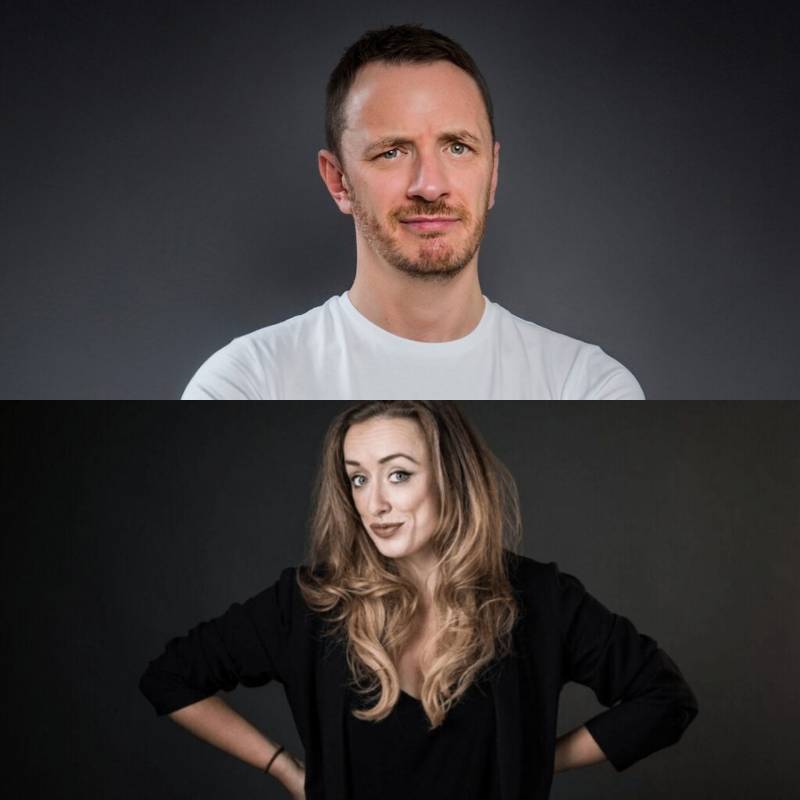 Gearóid Farrelly’s comedy career got off to a flying start when in the space of a few short weeks he was a finalist in the prestigious So You Think You’re Funny? competition at the Edinburgh Festival and winner of Bulmers Nuthin Butt Funny Newcomer competition at the Bulmers festival in Dublin.

A polished live performer, Gearóid’s stand-up appearances for television include Stand & Deliver, Tonight With Craig Doyle and as a guest of Ardal O’Hanlon for Dave’s One Night Stand. In 2012 he made his solo debut at the Edinburgh Festival with his show Turbulence winning a five star review in the process.

He was then invited to support comedy royalty and living legend Joan Rivers for the Dublin dates of her Now or Never tour, following these dates Joan Rivers once again asked him to open for her at one of the largest venues on her UK tour, which was filmed for her reality show.

He recently toured the UK as a support act for Sarah Millican. He is a regular at all major Irish festivals. He toured Ireland many times with Neil Delamere in Ireland.

Gearóid is the host of the popular podcast Fascinated where he chats to people he is a big fan of about their career and work. The series is a must for fans of 90s pop culture. He has interviewed Grammy Winners, Emmy Winners, Oscar Nominees, Eurovision Winners, Tony Winners, Politicians and Olympians. Last summer he interviewed his favourite actress Cagney and Lacey star Tyne Daly on stage at the Galway Film Fleadh.

Recently Gearóid was nominated by the public for a GALA Award (Irish LGBT+ Awards) in the Arts and Entertainment category alongside Graham Norton and Mark Feehily from Westlife. Gearóid will be on tour with his new show Alchemy in 2020.

Julie Jay is a comic who has taken the comedy world by storm in recent months and already has many impressive accolades under her belt, including winning the Forbidden Fruit Comedy Search 2017 and performing at all major festivals (Body and Soul, Alltogether Now, Electric Picnic, Vodafone). She has also supported the biggest names in comedy, including Neil Delamere, Ardal O’Hanlon, Alison Spittle, has been resident support act for Tommy Tiernan on his Paddy Crazy Horse Tour and most recently has MCed the 2019 series of the Tommy Tiernan Show.

Her new show Julie Really Love Me explores her quest for validation, being childless in the state of Gilead, classroom antics, and guards. Yes, lots and lots of guards.

One of the most exciting new voices on the Irish comedy scene, her on-stage warmth accompanied by a sizeable side dish of distinctly Irish self-deprecation. Wry wit, neurotic ponderings and clever joke-writing make her an act not to be missed.