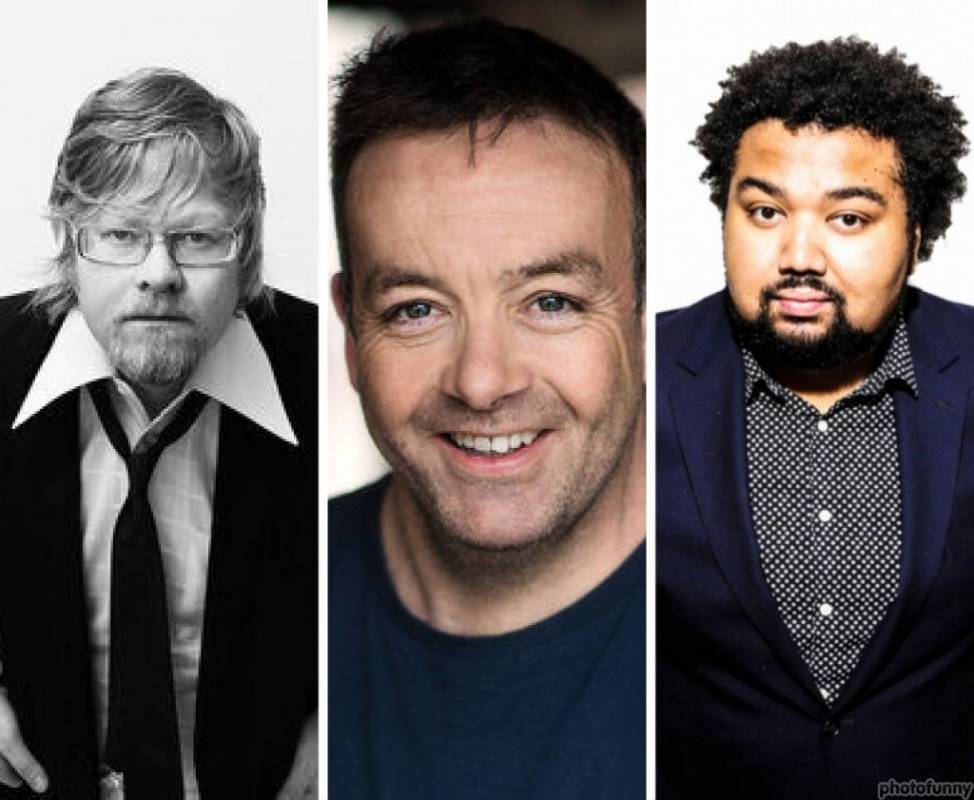 Kevin has gigged all over Britain and Ireland and the rest of the known world – from Singapore to Sligo. He’s headlined gigs in Johannesburg and Cape Town and regularly plays all the major comedy festivals in Ireland – The Electric Picnic, ATN,  The Vodafone Comedy Festival in the Iveagh Gardens, The Galway Comedy Festival, Kilkenomics and etc.  He is a regular at The Edinburgh Comedy Festival.

He is a founder member of Dublin’s famous Comedy Cellar with Mr. Trellis. Kevin is an award winning playwright, short story writer (RTE and The Winter Papers), actor and book reviewer (Irish Times).  He has performed a regular radio column for RTE’s Arena. He’s just finished a novel.

He has nearly 30 years experience as a writer and performer: he has acted onstage, on radio, (BBC4) on TV (BBC 2, RTE) and on Film;  he has also written for all – plays, stand-up, songs, sketches.

Apart from being one of the most in demand comics around, JOHN COLLEARY has also co written and starred in IFTA nominated shows, THE SAVAGE EYE (RTE2) and IRISH PICTORIAL WEEKLY (RTE1).

A talented actor and mimic,John recently featured as one third of The Gusset Brothers on THE TOMMY TIERNAN SHOW (RTE1).

A regular at KILKENNY CAT LAUGHS, VODAFONE COMEDY CARNIVAL and THE ELECTRIC PICNIC, to name a few,John Colleary is definitely one to watch.

Martin Angolo is an award winning Irish comedian who is a regular at comedy clubs and festivals all over Ireland and the UK. He appeared on RTE 2 panel show Clear History in 2021, has written and performed comedy for BBC radio, hosts his own podcast “The Substantial Meal” and has had millions of views weekly as a regular contributor of the “Try” Youtube channel.

He has supported comedians Eric Andre, Marc Maron, Aziz Ansari and David O’Doherty on their tours. His own live shows play to full rooms at the Edinburgh Fringe Festival and sells out all over Ireland, Europe and America.