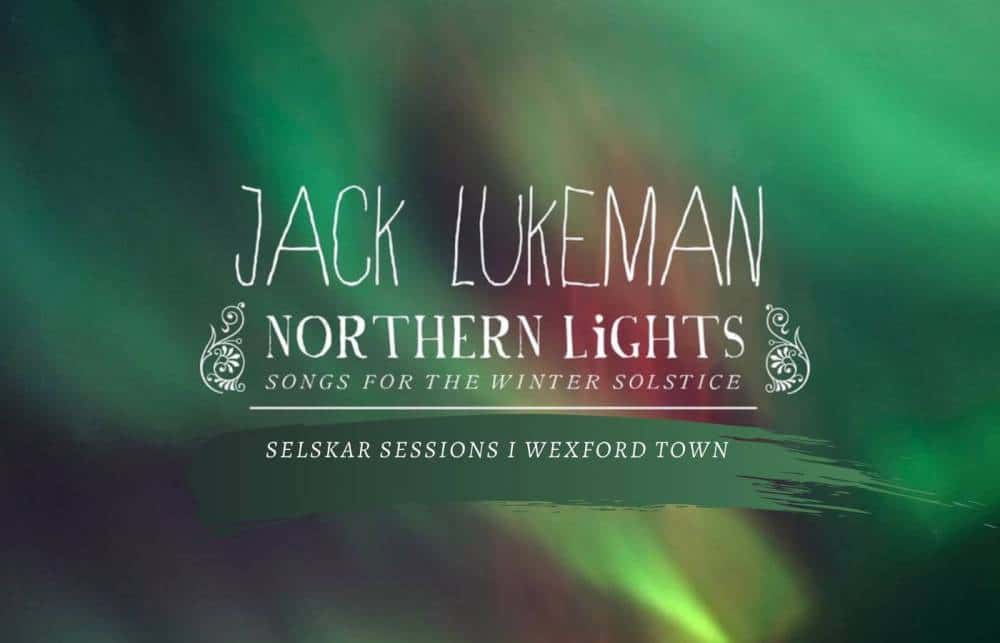 Jack L takes to the stage for two intimate performances of  his show “Northern Lights” in our pop-up venue in Selskar Square Friday December 18th.

In Northern Lights – Songs of the Winter Solstice Lukeman seeks to fan the flame of Christmases past with a performance that blends songs (some his own, some his own takes on songs including Jacob Marley’s Chain, Do You Realise (Flaming Lips) and his take on Northern Sky, the soulful, ruminative Nick Drake opus), poetry, and his own storytelling gifts, which celebrates the spirit of the season with humour, charm, and not a little magic.

It’s a show that imaginatively moves through moods and tone, with Lukeman as the navigator.

Lukeman explains how Northern Lights came about: “I played a gig at the Unitarian Church in Dublin one December and, as I often do, recorded the performance. I feel that, if you don’t get the songs down, sometimes they run away from you. I got around to listening back to it in August — which is strange and yet very familiar, if you are a musician. They say that, in this business, you are always awake when everyone else is asleep.”

“First and foremost I see myself as a singer, and then as a writer. So I never tire of doing live shows,” says Lukeman. And this current show is a way of doing winter songs: Stuff like Nick Drake’s Northern Sky. I also love singing those old Nat King Cole Christmas songs too.

“I guess I’m just interested in that notion that we evolved by being able to share stories and ideas. And the great thing about music is that it doesn’t need to have a strict narrative. But by the same token it can really affect people too. You can get as scientific and psychological as you like about music, but it’s still a very odd thing.”

“I believe that songs are the one bit of magic left in the world to ignite the imagination. I’m really interested in folk songs that come from an older time. And I’ve always been fascinated by that lineage between mythology and history.”

Northern Lights is not your everyday Christmas collection. Certainly, it is a million years removed from the streamers and tinsel and over-familiarity of Shakin’ Stevens, Slade et al.