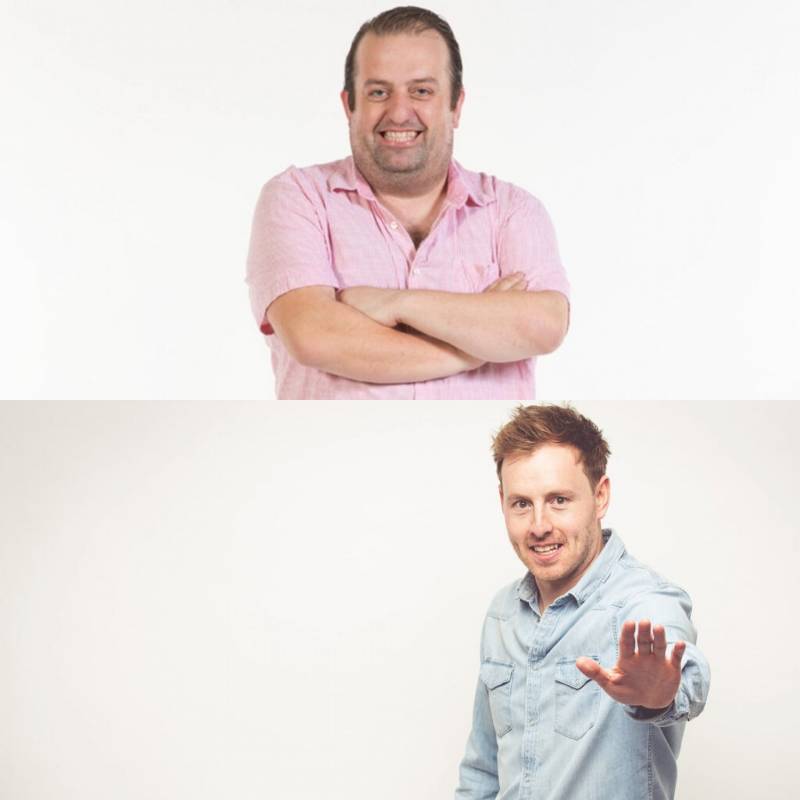 Karl Spain has been a staple of Irish stand-up comedy for twenty years.

In 2005, Karl achieved nationwide renown for his TV series Karl Spain Wants A Woman. This was a huge success in that he not only got huge ratings but he also found himself a woman. In 2009 he filmed Karl Spain Wants to Rock but did not get a woman from that show. He has also appeared on Liffey Laughs, The Late Late Show, The Panel, Tubridy Tonight, The Afternoon Show and The Offside Show and Operation Transformation. Most recently, Karl was the face of the Ray Darcy Show’s Stand Up and Be Funny Competition, a country wide search for the new voices of Irish comedy.

Karl has also performed stand up on television all over the world – the U.S, the Middle East, Australia and even as far away as England.

Karl’s radio work includes Don’t Quote Me with the late Sean Hughes for RTÉ Radio 1 and You Couldn’t Make It Up for Newstalk.

In 2019 Karl toured internationally with Kevin Bridges. He also performed around Ireland with Bernard O’Shea in their show, Fat Chancers.

Irishman Andrew Ryan is one of the most exciting talents in recent years; in demand as an act and an MC at the biggest comedy clubs across the UK & Ireland.

In 2015 he was at the Edinburgh Festival with his show ‘Perfectly Inadequate’. Selling out his run at the Festival and having to put on extra shows.‘ Hard not to enjoy’ ★★★★ Daily Record. He returned again to Edinburgh in 2016 with he new show ‘Ruined’.(‘An hour of hilarious comedy’★★★★- Edfestmag). In 2017 he brought his show ‘Did you get here alright?’ to Edinburgh and is now taking it across the Uk on tour (Rapturously Funny ★★★★- The List) In 2018 he won ‘BEST NEW SHOW’ at The Leicester Comedy Festival with his new show ‘ Is everything alright at home?’

He has appeared on many TV shows in the UK & Ireland He has performed stand-up on BBC3’s Russell Howard’s Good News, Best of the Edinburgh Festival Live on BBC3, The Blame Game on BBC 1, Live at The Comedy Store for Comedy Central, Live for MIND on Comedy Central, The Six O Clock show on TV3 ( Ireland). Contributions to Golf’s Funniest Moments, Crickets Funniest Moments, When Chat Shows Go Wrong all for Sky 1, The Line-out on VirginMediaOne ( Ireland).

In Ireland Andrew performs regularly in Dublin and has been invited to perform at Kilkenny Cat laughs festival, Ivy Gardens in Dublin, Galway & Cork Comedy Festival. In October 2019 he packed out the Everyman Palace Theatre in his home town for his solo show and is returning in 2021.

Andrew is a trusted corporate host and has performed at over 80 blue chip events across the UK & Ireland and is frequently rebooked off the back of his hilarious performances.