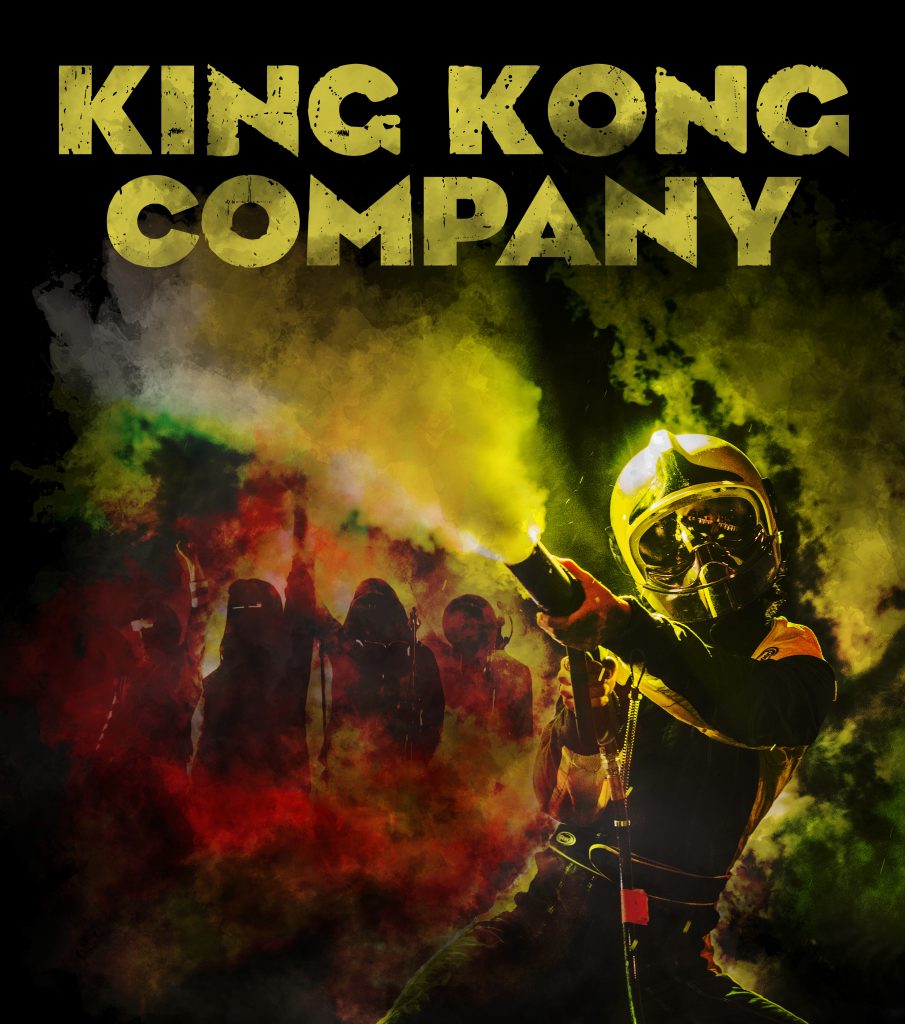 Having brought their brand of Irish ‘get the f*** up and dance’ music to audiences at festivals across Ireland and Europe this summer, King Kong Company will be taking their award winning live shows indoors at the end of 2017, with their biggest tour ever, including their first tour of the UK.

It was a summer of memorable gigs. One gig at Vestrock put them in front of 10,000 Dutch people (they know how to dance), the set at Glastonbury won over loads of new fans, while the audience at Boomtown knew a thing or two about getting ‘something off that’. Their hometown gig at Waterford Spraoi was the largest in the festivals 25 year history, the cake was well and truly iced with a performance in the biggest tent at Electric Picnic just gone!

Away from live gigs the band have been busy getting up to no good too. In June they launched a beer in collaboration with Wexford’s YellowBelly brewers. The beer, Commotion Lotion, was made with Buckfast. It proved to be a surprising hit with critics and beer lovers. In July the band were invited to play for the President Michael D. Higgins one Monday afternoon. As you do. They performed Donkey Jaw (he did look at his hands). Then in August the band released Involved, their first track since their highly acclaimed debut in 2016. Within 24 hours, the slow building banger, proved to be their most popular track yet.

It’s been a good run for a bunch of mates who got together in 2011. They started out back then releasing one music video a month and never had any intentions of gigging. But just like pints, the first gig lead to another, then another, and here we are six years later and what do they have to show for themselves? Quite a lot, actually.

Check out King Kong Company as they embark on a 14 date Ireland and UK tour, hiiting Wexford on Saturday 25th November 2017