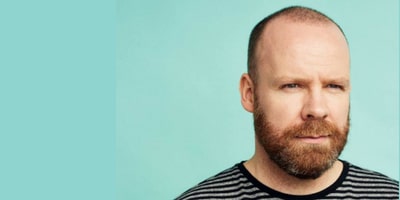 Fresh from a sell-out tour, the star of BBC’s The Blame Game and Soft Border Patrol, Neil Delamere returns to Wexford, but this time he is performing at the Spiegeltent Festival on the October Bank Holiday weekend.

This time he thinks he has that whole “illusion of control” idea sussed. Then again he would think that, wouldn’t he? ‘You’ll be hard-pressed to find a more gifted comic at the Fringe’ ***** (The Scotsman). ‘One lean, mean, comedy, killing machine’ ***** (The Herald).