Pierce Turner – Live At The Sky 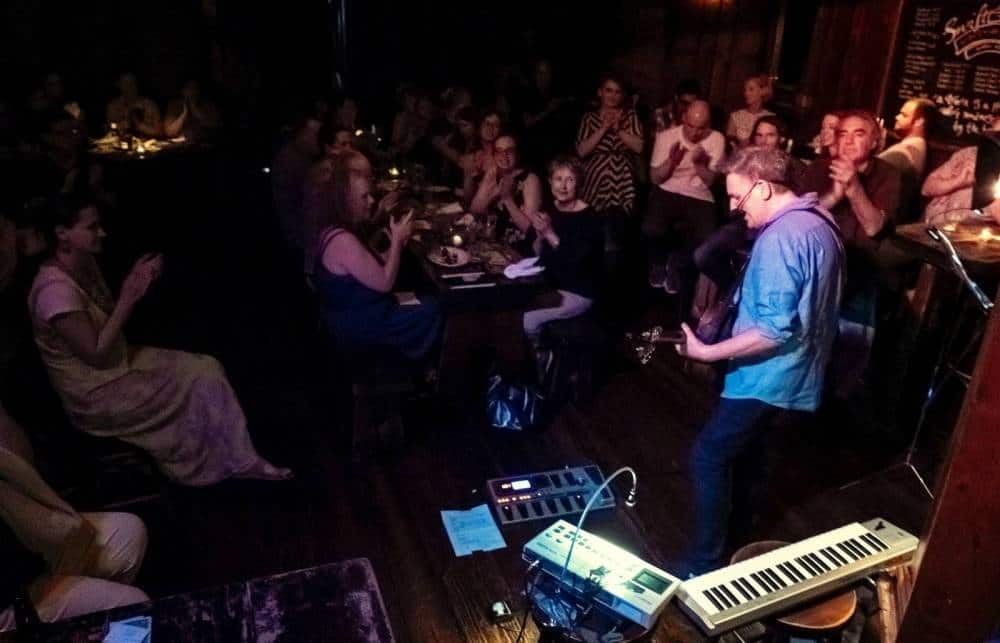 Pierce Turner – Live At The Sky

Playing 7:00pm Sunday December 6th in The Sky And The Ground

Turner grew up in the port town of Wexford, where his mother ran a record shop and led her own band. A classically trained musician, by the age of seven he was a member of a traditional Irish tin-whistle group, and at eight, he was playing in a brass and reed orchestra. He also sang in his local church choir, and the influence of hymn and plain-chant singing has been evident throughout his later career.

His first professional job was as a musician with the pop showband The Arrows.[1] He later moved to New York City and formed The Major Thinkers with fellow Wexfordian Larry Kirwan (now the frontman of Black 47), and recorded several albums, also performing as Turner and Kirwan.[1][2] Turner and Kirwan released two albums – Bootleg and Absolutely and Completely – the latter issued on the Cosmos label as well as a single “Neck and Neck”/”When Starlings Fly” recorded at Electric Lady Studios/New York and issued on the Audio-Fidelity subsidiary label Thimble in 1973. In 1978 Pierce and companion Larry Kirwan were asked to front a new version of The Ohio Express bubblegum band.

His first solo album, It’s Only a Long Way Across (1987), was produced by American avant-garde composer Philip Glass.[3] It was nominated for ‘Best Debut Issued by an Independent Record Company’ at the New York Music Awards.[1] He went on to make two more albums for Beggars Banquet: The Sky and the Ground (1989) and Now Is Heaven (1991). This album was produced by John Simon. In 1997 the Baltik imprint issued the album Angelic Language.

In 1998 Beggars Banquet released a Best of Pierce Turner compilation. In June 2001, 3 Minute World was released, Hot Press giving it a 12 out of 12 rating, while Tony Clayton-Lea of the Irish Times described Pierce as one of the most important Irish artists of the last twenty years. Meanwhile, Turner embarked on what he called his Parlour Tour, performing in over seventy private houses in Ireland, accompanied by London-based Wicklow film maker Colin Murnane who was making the documentary The Song for the Year (2007).

Other songs by Turner were featured in the film Snakes and Ladders and the HBO TV show The Wire (his version of “Dirty Old Town“). Christy Moore recorded Turner’s songs “Wicklow Hills” and “Musha God Help Her”. Moore’s 2004 box set includes the track I Love the Way Pierce Turner Sings.

In 2005, “Wicklow Hills” was voted among the top twenty-five Irish songs of all time by Today FM in a nationwide poll.[citation needed] His album The Boy to Be With was released in 2006 and includes Turner’s tribute to the late Irish bluesman Rory Gallagher.[4]

In late 2011, work commenced on a new collection, Songs foR a veRRy small OrchestRa, recorded in Ireland and released in 2012. Turner described the sound of the record as “Baroque Pop”. The song “Yogi with a Broken Heart” contains a synthesizer accompaniment from Philip Glass, with whom Turner had performed the song at Carnegie Hall in 2011.