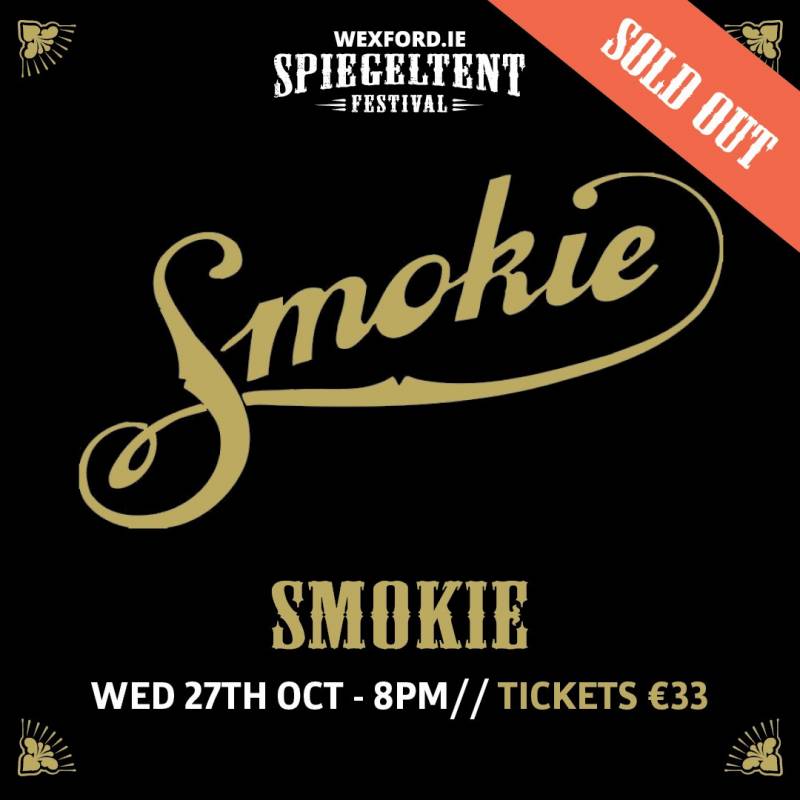 Smokie return to Wexford this October!

And in case you thought they would be tired and burned out? Well, not a bit of it! They have revelled in the challenge of bringing a new freshness and vigour to Smokie hits that have become classics of pop.

Songs like “Something’s Been Making me blue”  “I’ll Meet You At Midnight”,  “Don’t Play Your Rock ‘n’ Roll To Me”  “If You Think You Know How To Love Me”  “Livin’ Next Door To Alice” “Wild Angels” “Oh Carol” “Needles and Pins” “Have you ever seen the rain” “Mexican Girl” “For a few dollars more” “Boulevard Of Broken Dreams”  and indeed, many more.

All of which were Top 10 entries around the world, went on to become radio staples and gave Smokie their ticket to travel the globe for the past 30 years.

The Greatest hits show will feature every single hit record Smokie have had and will give you a sample of some current albums they’ve made and which have been big chart hits for them in many European countries.