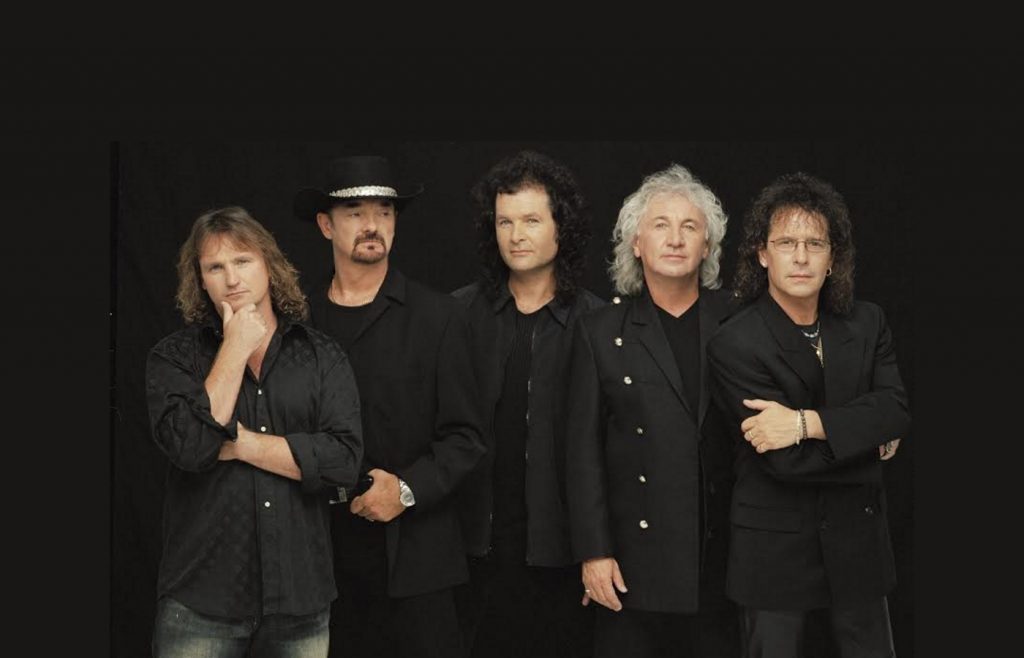 To be rock ‘n’ roll survivors is an achievement. To be Europe’s top live band, thirty years after its inception is truly fantastic but to still be enthusiastic, fresh, totally committed and in love with the music is a positive miracle.

Smokie’s Hit List reads like a musical backdrop to the 70’s, “Livin’ Next Door To Alice” “Something’s Been Making me Blue” “I’ll Meet You At Midnight”, “Don’t Play Your Rock ‘n’ Roll To Me”, “ If You Think You Know How To Love Me”, “Wild Angels”, “Oh Carol”, “Needles and Pins”, “Have you ever seen the Rain”, “Mexican Girl”, “For a few Dollars more”, “Lay back in the Arms of Someone” and indeed, many more, all of which were Top 10 entries around the world, went on to become radio staples and gave Smokie their ticket to travel the globe for the past 30 years, are included.  Also “Whiskey in the Jar” which they perform everywhere in the world as part of their “Live” set.

Bringing their unique Country Rock sound to fans all over the world who still love their music after all these years, it’s a not to be missed, sound and lighting spectacular, with Smokie proving once again just why they deserve the name of being one of the greatest live bands in the music business today!