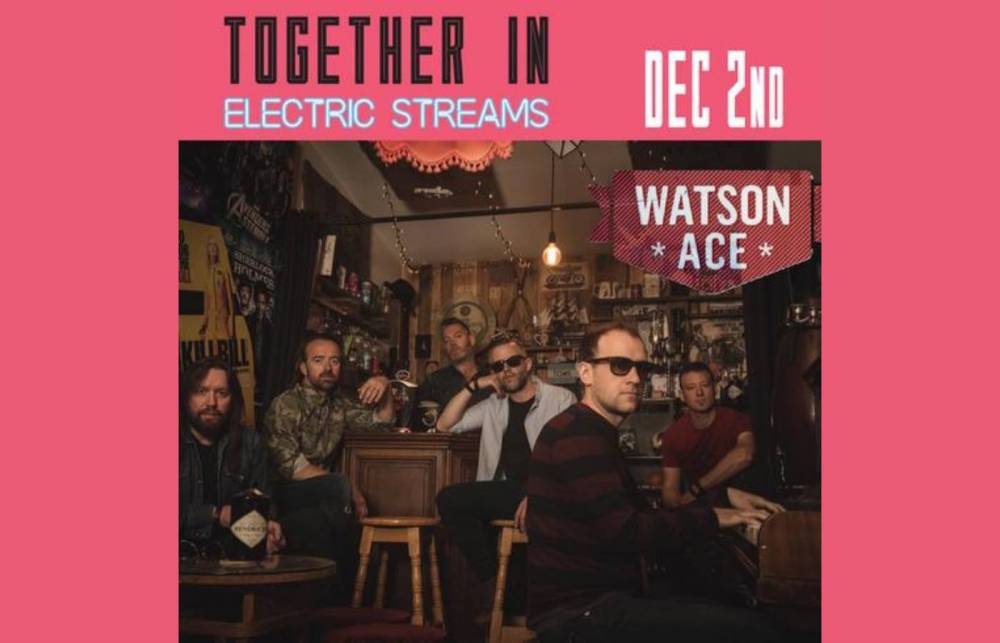 Watson ACE will emerge from lockdown for a very special one off, live stream at Lost Lane Wednesday 2nd December.

The 6 piece Dublin outfit, fronted by songwriter Colm Lynch, have been together since 2010. Their Debut Album ‘Backbone’ was released in 2014 to critical acclaim, and featured heavily on local & national airways.”Due to each member’s extensive musical commitments, we see ourselves more as a collective, than a full time band”, explains Colm.

Soulful, melodic rock is what you’ll witness on the night, with both upbeat and laid back grooves….. check out some links below for a taste, tune in dec 2nd for the full banquet!