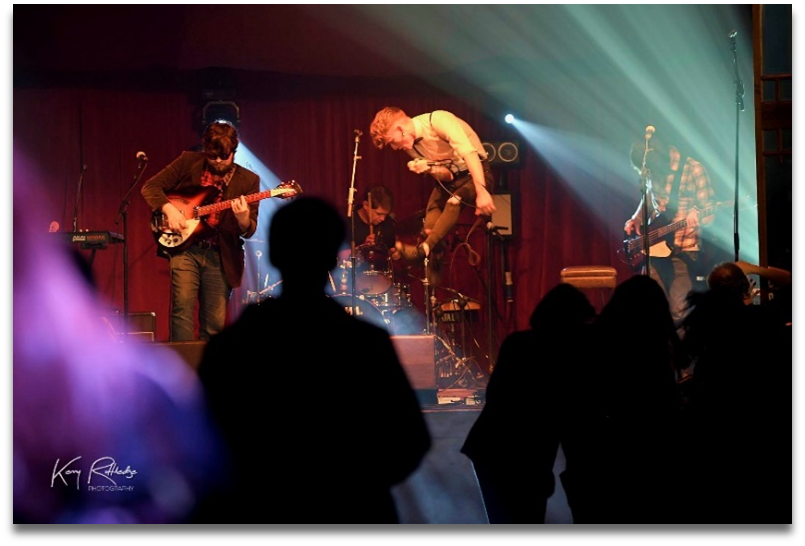 Ten Ounce Mouse will perform at Sounds of Summer Enniscorthy with Rueben Hester and For the Company.

Ten Ounce Mouse are a 4-piece Indie Pop/Rock outfit from Wexford comprised of Jean-Luc Power (vocals),
Brandon Murphy (guitar), Syzmon Dobrowolski (bass) and Michael O’Connor (drums). Currently working on their
debut album and relentlessly gigging around the country (Including recent appearances in the Wexford Spiegeltent,
Audioshoot Festival and Waterford ArtBeat Festival), they are quickly making a name for themselves in the Irish independent music scene.

Singer Songwriter Reuben Hester, who plays the guitar, piano and cello, moved to Manchester from Enniscorthy after leaving school at 16, with the
intention of only making music. Shortly after At the age of 19, Reuben traveled though Europe with a friend and played his music on the streets of all European
capitals. Berlin, where he stayed for a year, is where he become most popular and gained over 19,000 social media followers only from his street performances.
A year later back in UK he became the singer and songwriter of the successful Manchester band China Lane, with over 1.5 Million Spotify streams and a sync
placement in Netfix series „Insatiable“.

But after a quick rise, at the age of 25 Reuben decided to go his own ways. October 2020 he showcased his talents on Little Mix “The Search“show on BBC 1,
which aims to create the next big group, put together by the world’s biggest girlband, Little Mix.