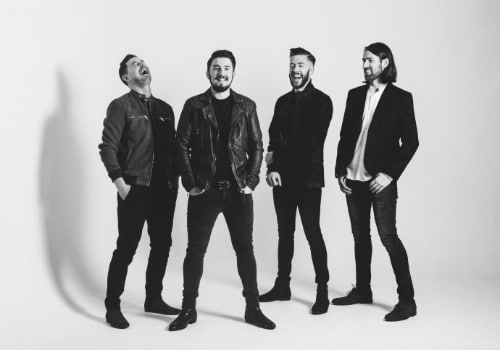 We are delighted to welcome The Riptide Movement back to the Wexford Spiegeltent on Sunday 29th October.

The Riptide Movement are four lifelong friends from Lucan, who began their musical journey in 2006.
They self-released their first two albums ‘What About The Tip Jars?’ (2009 – produced by legendary producer, Tony Colton) and ‘Keep On Keepin’ On’ (2012 – self-produced). Their next album ‘Keep On Keepin’ On’ (2014) topped the Irish Charts and their latest American – recorded album ‘Ghosts’ (2016) reached #5 in the Irish Charts.

Their live shows are legendary and perhaps their most defining quality. The Riptide Movement closed the 2016 Wexford Spiegeltent Festival with a spectacular performance, that almost lifted the roof.

“Playing live is everything to us, no matter what the gig, venue or audience we’re playing to – we give it our all, we play like it’s the last time we’ll ever play. The buzz from playing live is better than any drug, it’s what keeps us going.” Mal, TRM

There is an authenticity in everything they do. It permeates their sound and defines their approach.

They are dreamers with a plan, on the journey of a lifetime.

This is special. You do not want to miss it!