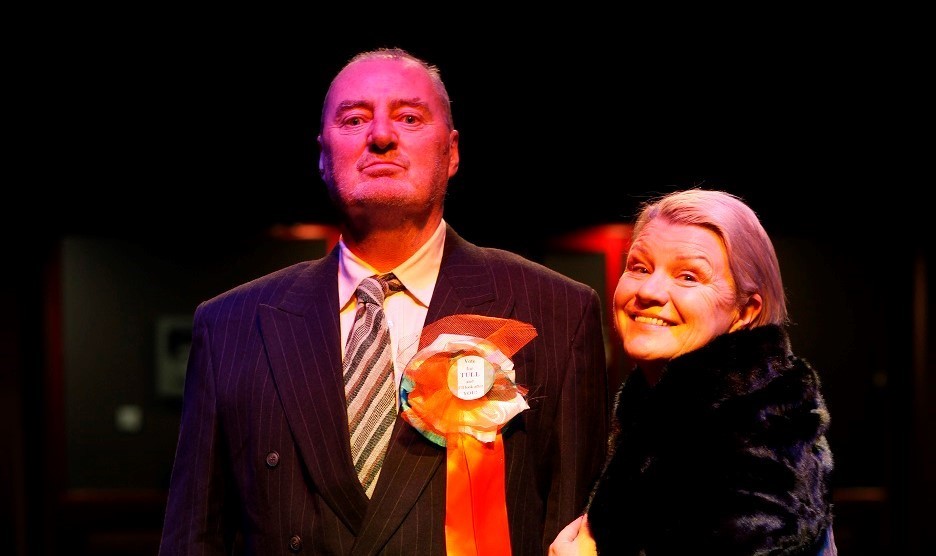 THE SUCCESSFUL TD follows the Trials, Tribulations, misadventures and hilarious antics of TULL McADOO as he seeks re-election to the Dáil in the “October Elections”

Written by John B Keane in 1967 he displays his edge for humor and satire that are uncomfortably close to the politics of today … Peppered with Keane’s gallery of madcap characters this show will have you laughing at politics (in a good way) from the start.

Tull has roped in the help of his faithful Daughter Kate while his wife nurses her various ailments in bed or Lisdoonvarna ,  but his arch enemy Flannery the local school teacher plans to scupper the election for Tull…

“Any man with a vote is a man to be respected. I’ll play with them, lie to them, sing dumb about them while I have a chance of a vote. That’s my livelihood. Don’t give me no more stink about the truth. Christ told the truth and they crucified Him…”

Based on  The Letters of A Successful TD and An Irish Minister of State by John B Keane. Adapted for the stage by Jon Kenny, Mary McEvoy and Michael Scott.