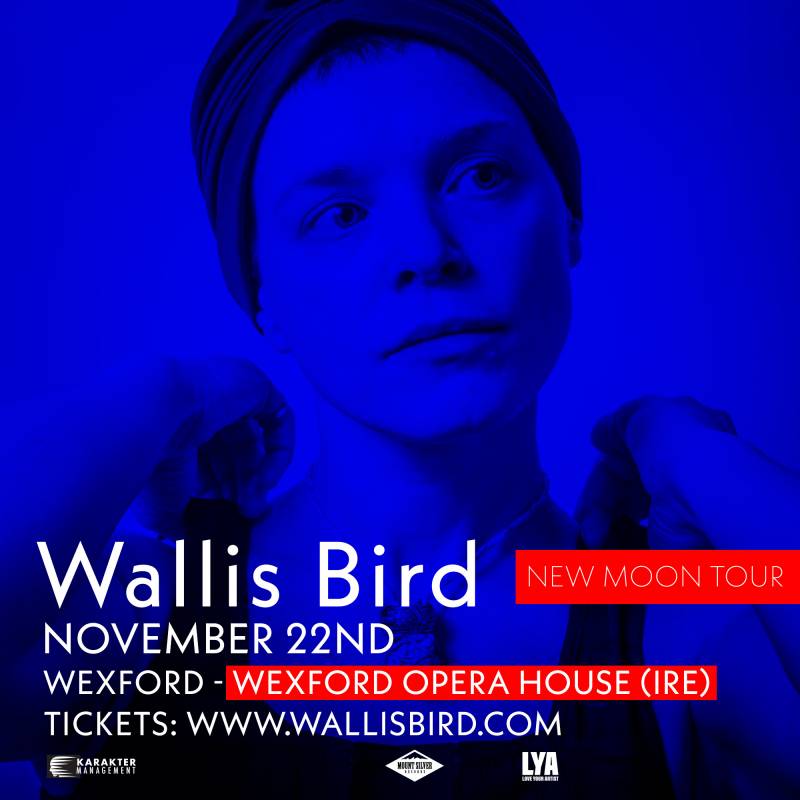 The string-shredding singer-songwriter – once described by the Irish Times as having enough energy on stage to be able to “kickstart an entire economy” – has announced over 40 live dates and will be touring across Europe in celebration of her new album. “I’m calling it the New Moon Tour because of its symbolism; transition, femininity, the passing of time and new beginnings; the dark side of light. All of this amounts to how I feel at this point in my life. This is my new moon”.

The new record – which will be her sixth studio album – will be out in autumn 2019. Folked-up and infused with brute soul, the album is heavy in beats and bass. “It’s built on a quite different tonal and chordal structure than usual”, says Wallis, “and I’ve tried to flood it with love, questions and understanding. I’m trying to make sense of the socio-political new world that we’re living in, and finding a way to heal myself”.

Wallis’ career has drawn respect from critics and audiences alike. She’s played hundreds of headlines shows over the past decade or so all over the world. She’s a two-time Meteor Award winner (national Irish music prize), a two-time Irish Choice Prize nominee, and a nominee for Artist of the Year at the American-based Folk Alliance International Awards 2019. Well known for her energetic performances, she has an unusual ability to bind audiences with her musical spells; inciting the crowds to join in rousing sing-a-longs as she shares her happiest emotions, or observe pin-drop silences as she expresses her deepest hurts. A Wallis Bird concert is unlike any other, and festival performances or support shows in front of brand-new audiences always result in a slew of new fans.

While Wallis has frequently toured with a band, she’s one of those rare artists whose stage presence – and jaw-dropping musical prowess – can fill huge rooms and venues on their own. With this in mind, and the heightened intensity that a solo performance brings to audiences, the 2019 New Moon Tour will be completely solo. “As much as I adore playing with a band,” says Wallis, “I’ve decided to finally plant a flag in the ground, go completely solo and highlight what I’m best at. I’m in my element when I can fill the stage and bring the audience together. I love it and I love working hard at it! I can’t wait to share new anthems and songs, and of course reminisce over the golden-oldies. I cannot wait!”

“The sheer visceral energy of Wallis Bird could kick-start an entire economy.” The Irish Times

“The intensity of Wallis Bird’s live sound will pin you to the wall.” Sydney Morning Herald, Australia

“Bird comes from the camp of rebellious artists like Fiona Apple or Ani Di Franco… . For people who have a place in their heart for Feist and Sophie Hunger.“ Musikexpress, Germany