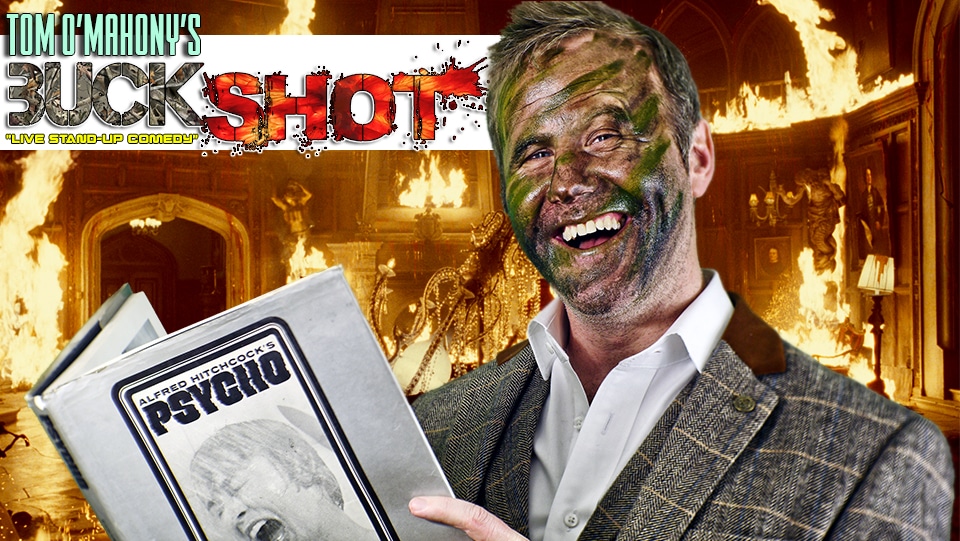 Since starring in the hit TV comedy series “Damo & Ivor”, as the intolerable toff “Tarquin” alongside the late and legendary Rik Mayall, Tom has become one of the busiest acts in Ireland. His new barn-burner of a show, “BUCKSHOT” delves into everything from his life as an MMA fighter to the pure savagery of being a panto dame.