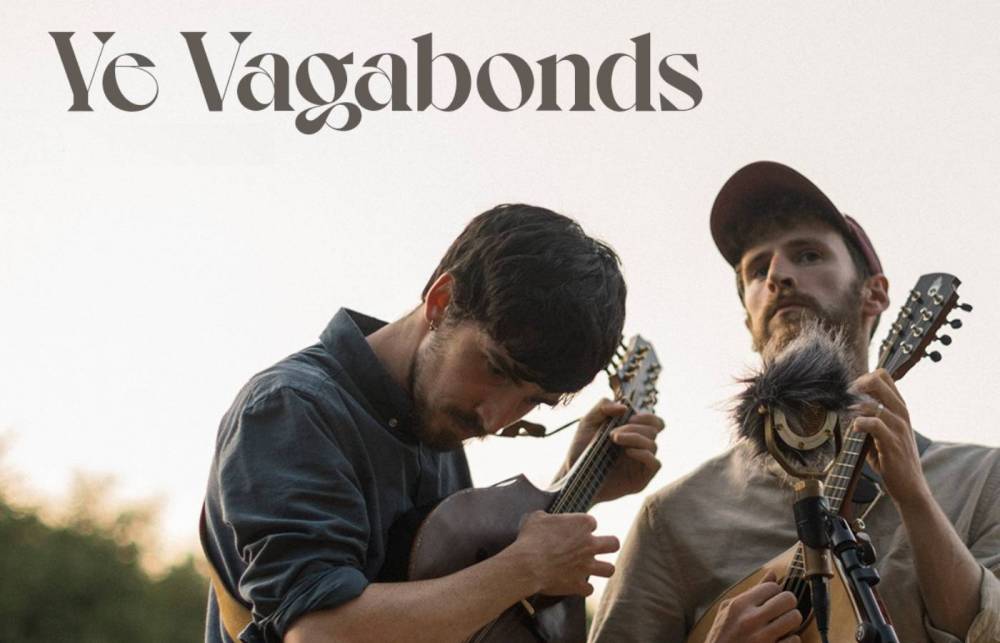 Ye Vagabonds play Wexford on the back of the release of their third album Nine Waves.
Nine Waves was recorded in the Dublin Mountains at Hellfire Studios, produced by John ‘Spud’ Murphy (whose previous work includes records by Black Midi, Lankum and Caroline). The album features 11 tracks of both traditional and original songs. This new album follows in the wake of the duo’s standalone single ‘I’m a Rover’, which won them an RTÉ Radio One Folk Award for Best Traditional Folk Track. Ye Vagabonds were also named Best Folk Group for the second time at the 2021 ceremony, where they hold the record for most awarded artists.
Nine Waves is the sixth album to be released by River Lea (run by Geoff Travis, Jeannette Lee and Tim Chipping) following records by Lisa O’Neill, Brìghde Chaimbeul, John Francis Flynn, a compilation of Irish music from the archives compiled by Lankum’s Ian Lynch, and Ye Vagabond’s previous album The Hare’s Lament, which was described as “A labyrinthine treasure trove” by The Irish Times, “A beautifully heartfelt collection” by The Guardian and “Joyous” by Uncut.
About The Hare’s Lament:
“A labyrinthine treasure trove” – The Irish Times,
“A beautifully heartfelt collection” – The Guardian
“Joyous” – Uncut.
+ Google Calendar+ iCal Export
BOOK NOW